The cabinet job, which for various reasons took over twice as long as anticipated, is coming to a close. Here are a few shots of the ongoing installation, minus the custom top which should be installed shortly as well as the lighting and other final touches. Arthur Gomez of Volume Studio has taken a tiny office space and made it into a very functional and compact office space as well as utilizing an ingenious cable chase to make all those bricks, routers, USB spaghetti and the rest of it, disappear. Final photos will be posted later. 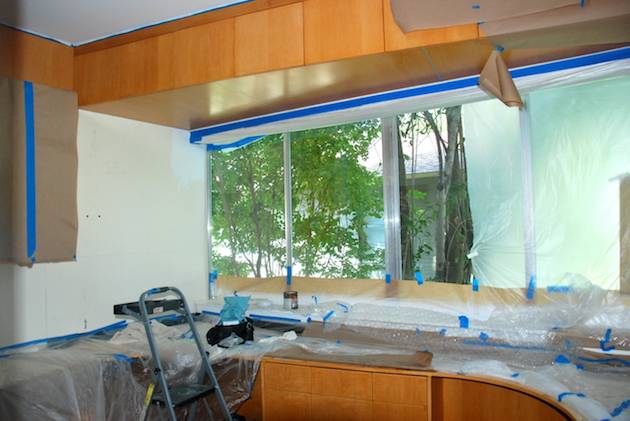 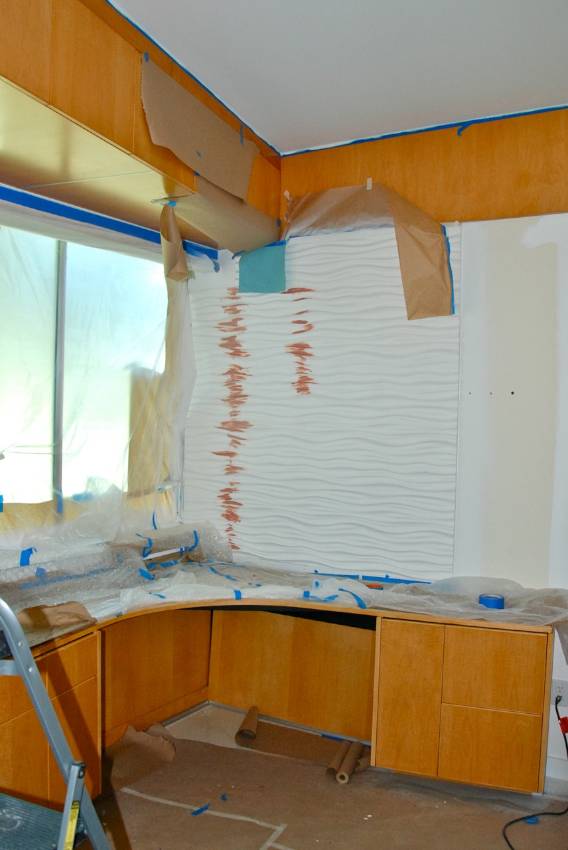 Mara, who also worked on the cabinet job — and thanks too for my installers Andrew Immer and Steve Culver — is shown here doing the final rub down of the State Capital restoration job. They do like an old formula for their finishes and a pretty high gloss. 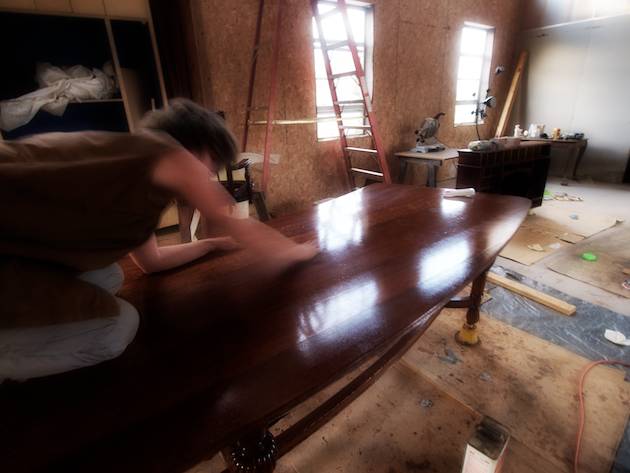 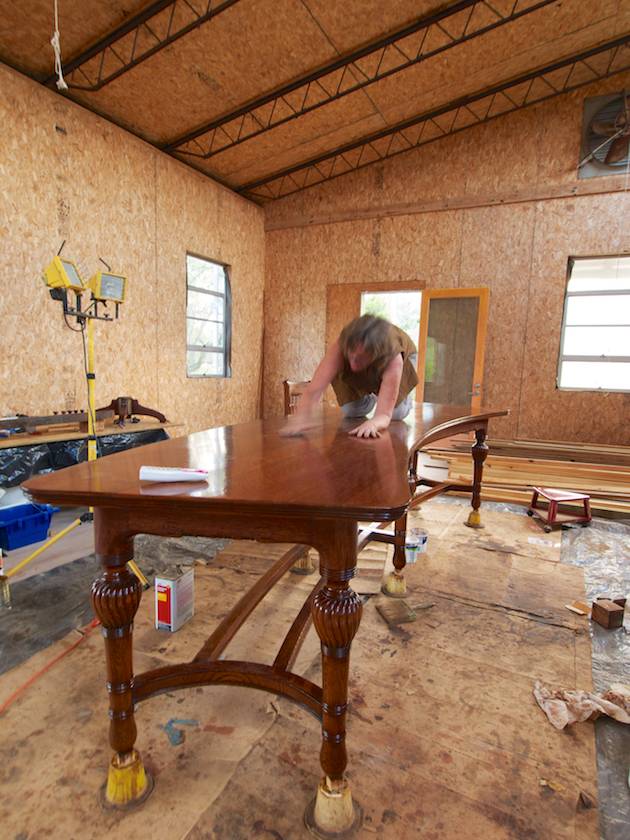 In 1994 Deep Eddy West formed a sister company, Deep Eddy Designs, which specializes in reproduction and conservation. In this capacity we continue to work extensively with the State Preservation Board reproducing and restoring furniture for the Texas State Capitol.